Claire wrote her first paranormal screenplay at the age of thirteen and named it after a road sign. Danger Alive never made it to the big screen, but she continued to write and daydream her way through school and university. Claire graduated with a first BA (Hons) in Film Studies, and spent the next few years working in the BFI. She worked as a runner and camera assistant, and fantasised about creating her own films. In 2000, she wrote and directed the short film, Colours, which sold to Canal Plus. Today, Claire is concentrating on writing YA fiction. She spends her time between Paris and London, along with her French husband and two young sons. 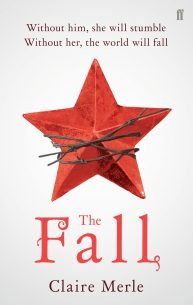 The Fall, by Claire Merle, is the heart-stopping sequel to The Glimpse, set in a near-future London where society is dvided…