Born in Lancashire in 1965, Christopher Hart moved to Cheltenham aged seven. He attended Cheltenham College and left with ‘three awful A-levels’. In 1986 he went to Oxford Brookes University where he studied English and Art History, and then on to Birkbeck College in London, where he gained a PhD on W.B. Yeats.$$$He is literary editor of the Erotic Review and freelances for the Literary Review, The Bookseller, Guardian and the Daily Telegraph.$$$Christopher Hart’s first novel, The Harvest, won huge acclaim on publication in 1999. His second novel, Rescue Me, was published by Faber in June 2001. He is currently at work on his third novel. Daniel Swallow is in disgrace with fortune and men’s eyes. A PR stunt involving a hot air balloon has gone horribly… 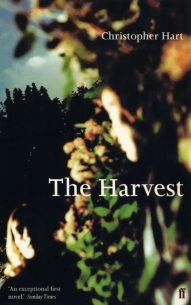