Charles Montagu Doughty – Arabist, writer and poet – was born in 1843 in Suffolk to a parson’s family. Of frail health, he seemed unlikely material for a desert explorer. On leaving university, he travelled to Damascus where he learned Arabic before joining a pilgrim caravan heading south for Mecca in 1876. He then endured two hard years of poverty and hard travel across the desert region of Arabia. The effect of his travels on his health meant that it took him several years before he had the strength to write the account of his travels which emerged as the magnificent Travels in Arabia Deserta. He died in 1926. 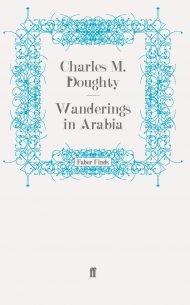 Wanderings in Arabia is an abridgement of Charles M. Doughty’s masterwork, Travels in Arabia Deserta, which has been hailed as the…