Caroline Alexander is the author of seven books, including the best-selling The Endurance and The Bounty, and has written for the New Yorker, National Geographic Magazine and Granta. Born in Florida of English parents, Alexander has travelled extensively throughout the world and lived in Europe, Africa and the Caribbean. One of the inaugural class of women Rhodes scholars at Oxford, she subsequently took her doctorate in Classics at Columbia University, in New York, specialising in Homeric studies, and established the Department of Classics at the University of Malawi in East Africa. She now lives on a farm in New Hampshire in the United States. 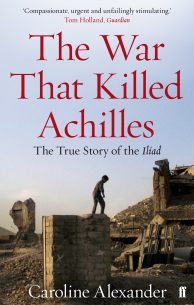 Caroline Alexander’s The War That Killed Achilles is a remarkable re-telling of Homer’s Illiad, the great anti-war poem of the Western…