Cari Beauchamp is the author of Without Lying Down: Frances Marion and the Powerful Women of Early Hollywood , which the New York Times Book Review called ‘A revelation’. She also co-wrote and co-produced a documentary based on the film. She has written for The New York Times, Vanity Fair, and Variety and lives in Los Angeles, California. 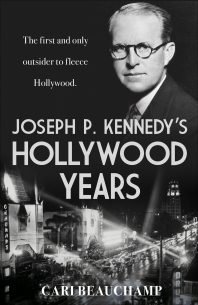 Joseph P. Kennedy’s Hollywood Years: The First and Only Outsider to Fleece Hollywood, by Cari Beauchamp, is the astonishing true story…