Charles Edward Montague was born in 1867. His father was a former Irish Catholic priest who had renounced his office. He joined the staff of the Manchester Guardian in 1890 after a stellar student career at Oxford, and by the late nineties he was the paper’s chief leader writer, working closely with the great C.P. Scott, the paper’s editor. He married Scott’s daughter in 1898. Montague was particularly alert to the misuse of journalism and the power of the press. In 1914 he accepted that Germany was responsible for the war and that German militarism had to be defeated, a position that put him at odds with Scott’s more pacifist editorial line. After the war he returned to the Guardian as a contributor of impressionistic and literary pieces. He died in 1928. 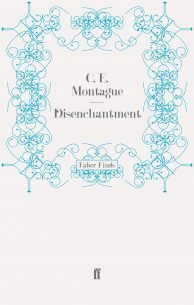