Bertrand M. Patenaude is a lecturer at Stanford University, where he is a research fellow at the Hoover Institution Library and Archives. He is the author or editor of several books on Russian and Soviet history, including The Big Show in Bololand: The American Relief Expedition to Soviet Russia in the Famine of 1921 (Stanford University Press, 2002), which won the 2003 Marshall Shulman Book Prize. 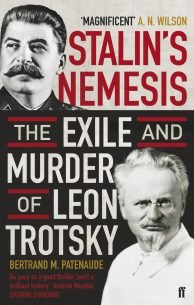 Stalin’s Nemesis: The Exile and Murder of Leon Trotsky by Bertrand Patenaude: revolution, politics, exile, art, literature and murder – the…