Ben Jonson (1572-1637) was born in London, and became a leading poet, playwright and essayist of the Elizabethan age. In 1598 he killed an actor in a duel but escaped hanging by pleading benefit of the clergy, and by 1616 had re-established enough Court favour to be awarded a pension by James I – in effect making him the first Poet Laureate. 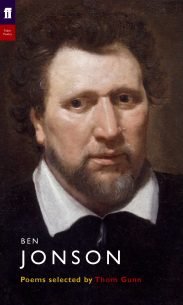