Basil Bunting was born in Northumberland in 1900. He was imprisoned for six months during the First World War as a conscientious objector and, after a wandering existence in Europe, in 1923 met Ezra Pound, who published his early poetry in Active Anthology (1933). He worked as a translator in Persia in the Second World War, returning to Britain in 1952. Although his first collection of poems was published in 1950, it wasn’t until 1964 that he received widespread attention in Britain, with the publication of The Spoils, First Book of Odes and Loquitur. The publication of his most famous work, Briggflats (1966), led to an Arts Council Bursary and a Northern Arts Poetry Fellowship at the universities of Durham and Newcastle. He died in 1985. An important work of literary scholarship which highlights, for the first time, the achievement of a neglected modernist master – now… 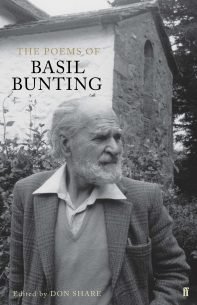 An important work of literary scholarship which highlights, for the first time, the achievement of a neglected modernist master