Arthur George Morrison (1863-1945) was born and raised in the East End of London. His journalism was first published in the Globe in 1885 and he then worked as a clerk to the Beaumont Trustees, becoming sub-editor of the house paper, the Palace Journal. He left at the end of 1890 to join the editorial staff of the evening Globe before publishing his first book, The Shadows around Us, a collection of supernatural tales, in 1891. It is his acclaimed and controversial East End works though, Tales of Mean Streets (1894), A Child of the Jago (1896), and The Hole in the Wall (1902), for which he is best known. 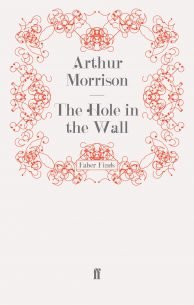 In his acclaimed and final East End novel, Arthur Morrison returns to a slightly earlier period than that of Tales of…