Born in London, Ann Thwaite spent the war years in New Zealand, returning to complete her education at Queen Elizabeth’s, Barnet, and St Hilda’s College, Oxford. She has lived in Tokyo, Benghazi and Nashville, Tennessee. She has lectured in many countries, but most of her life has been spent as a writer, and she is now settled in Norfolk with her husband, the poet Anthony Thwaite. She is an Oxford D.Litt, and a Fellow of the Royal Society of Literature. Her previous biographies are Waiting for the Party, a life of Frances Hodgson Burnett; Edmund Gosse (winner of the Duff Cooper Award, 1985); A. A. Milne (Whitbread Biography of the Year in 1990); and Emily Tennyson: The Poet’s Wife.$$$Ann Thwaite celebrated her seventieth birthday in the week of the publication of Glimpses of the Wonderful, which she says is her final biography. She plans now to use her biographical skills on her own life, in a book tentatively titled ‘My Side of the Story’. 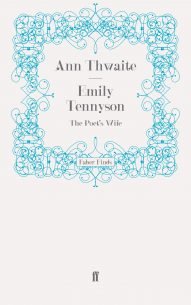 It was as a small girl in Lincolnshire that Emily Sellwood first saw the boy Alfred Tennyson. Nearly thirty years later,…