Andrew Greig was born in Bannockburn near Stirling in 1951. He completed an MA in Philosophy at Edinburgh University and then worked in a variety of jobs, including salmon netting, hop picking and farm work. He ‘survived’ as a poet for nearly 20 years thanks to the Scottish Arts Council and various bursaries, as well as teaching creative writing in schools and giving readings. He was Writer-in-Residence at Glasgow University from 1979-1981, and at Edinburgh University from 1992-1994.$$$Andrew Greig now lives in Orkney and the Lothians. His first novel, Electric Brae, was shortlisted for the McVitie’s Prize and the Boardman-Tasker Award, and his second, The Return of John MacNab, was shortlisted for the Romantic Novelist’s Award and topped the Scottish bestseller lists in 1996. He is also the author of the acclaimed When They Lay Bare (1999) and That Summer (2000).$$$He is recognized as one of the leading Scottish poets of his generation, having written six volumes of poetry. He is also well-known for his writing on mountaineering, based on his climbing experiences in Scotland and the Himalayas. His acknowledged classic in mountaineering literature, Kingdoms of Experience, has recently been reissued by Canongate. 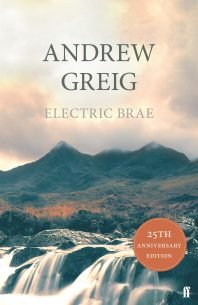 Electric Brae by Andrew Greig is a story of love and loss, loyalty and betrayal, and fathers and children. 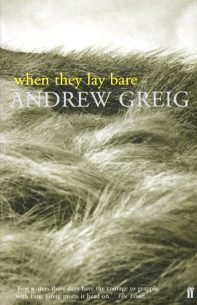 This novel of obsession, passion and death occupies the borderlands between the supernatural novels of Scott, Hogg and Stevenson, and the…