Allen Ginsberg (1926-97) was born in Newark, New Jersey, to a poet-teacher father and Russian émigré mother. Along with his friend Jack Kerouac, he attended Columbia University, but was initially expelled for writings obscenities on his dormitory window before returning to complete his graduation in 1948. When Howl and Other Poems was impounded by San Francisco customs in 1956, the subsequent trial for obscenity catapulted Ginsberg and his publisher City Lights to national fame and helped to define the Beat Generation. His Collected Poems 1947-1997 appeared in 2006. 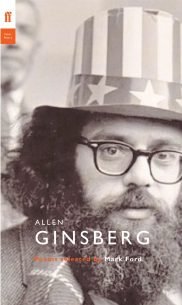