A. L. Lloyd (1908-82) was born in London and emigrated to Australia in his teens, where he worked as a farmhand and shepherd. It was in Australia that he first became interested in folk song. On his return to England, he was introduced to a group of left-wing intellectuals that included Dylan Thomas and A. L. Morton, who in turn led him to the Communist Party, of which he was to become a life-long member. Along with Ewan MacColl, Lloyd was instrumental in the British post-war folk revival, as a prolific writer, performer and broadcaster.

Books by A. L. Lloyd 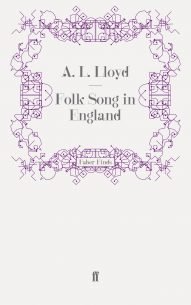 A seminal work by one of the most influential figures of the English folk revival of the 1950s, Folk Song in…